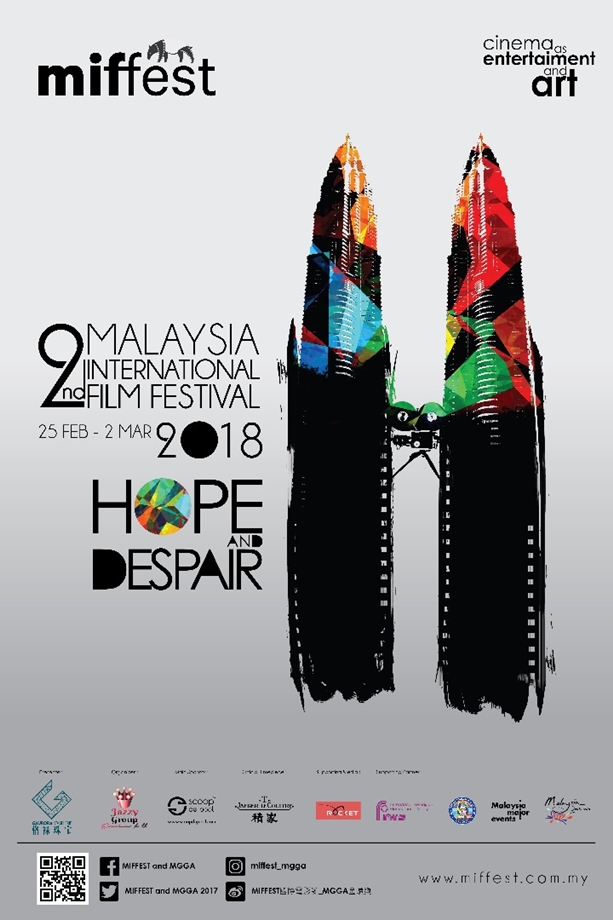 OFFICIAL LAUNCH OF THE 2nd MALAYSIA INTERNATIONAL FILM FESTIVAL (MIFFest) AND MALAYSIA GOLDEN GLOBAL AWARDS (MGGA) KUALA LUMPUR, 27 July 2017 – The 2nd Malaysia International Film Festival (MIFFest) and Malaysia Golden Global Awards 2018 (MGGA) has officially launched and held its press conference today at PNS Auditorium Tun Rahah.  Following the success of an audience over 100,000 people earlier this year, the much-awaited 2nd MIFFest will return from 25th February 2018 till 2nd March 2018, while MGGA is set on 3rd March 2018. The festival is supported by National Film Development Corporation Malaysia (FINAS), Tourism Malaysia and several renowned film associations in Malaysia. Director Rizal Halim, actor Peter Davis, veteran actress Dato Lai Meng, and actress Lenna Lim also graced the press conference with their presence. These two major events provide an international platform for film cooperation and communication. Simultaneously, they promote the Malaysian entertainment industry by sharing its diverse development of local films, art and cultural offerings to the world. COLOURFUL YET MONOCHROME – CONCEPT OF THE POSTER The 2nd edition of MIFFest and MGGA unveiled its official poster during the press conference in the presence of the managing director MIFFest and MGGA, Joanne Goh. Similar to the festival’s concept, the official poster was created to represent 2 faces of humanity, which are ‘Hope’ and ‘Despair’. The festival hopes to educate the public on how to handle moments of extreme loss and despair, to find a glimmer of light through films. In addition, the poster design uses the iconic symbol of Petronas Twin Towers to highlight Malaysia and make a statement. Goh proudly said “We can stand tall with pride among other nations in representing our unique culture, so let’s not be hidden any longer!”.  FACE OF THE FESTIVAL Well-known Malaysian singer-actress, Ms. SinJe Lee remains as the MIFFest and MGGA ambassador for two consecutive years. Due to her highly acclaimed celebrity status, her support is the perfect embellishment to the events. Lee is a well-known international celebrity which leads her image is instantly recognizable in the local communities. Lee described it as “A great honour to be part of MIFFest and MGGA”. CALL FOR ENTRIES! The 2nd MGGA is also calling for film entries worldwide. Only feature-length films with different genres are accepted. The juries are searching for heartwarming films that breaks boundaries and touches the soul. The online applications will commence on 1st August 2017 onwards and only submissions via website www.mgga.com.my are eligible to enter the ‘Malaysia Golden Global Awards Competition’ category. The organizer also took the chance to thank the sponsors who are showing their support to the festival. Luxury watch brand Jaeger LeCoultre, who had showed tremendous support in first edition, once again comes on board as our Official Timepiece this year. Representatives of Jaeger LeCoultre, Gaurora Joaillerie (Presenter), Scoop de Pool (Main Sponsor) and Rocket Entertainment (Supporting Media) were invited on stage to have a photograph session. “MIFFest and MGGA aims to make significant contribution to excavate and support the rising power of Asian cinema. We hope to attract more international filmmakers to look into our locally-produced films as it could enhance the understanding and expose the wonderful cultures of Malaysia,” Goh further added. She went on saying, “I aspires to bring Malaysian films to the international audience and to gain exposure from overseas”. Kindly visit our official websites at www.mgga.com.my and www.miffest.com.my for more information. Please don’t hesitate to email us at pr@mgga.com.my for any queries.